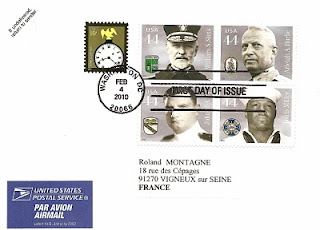 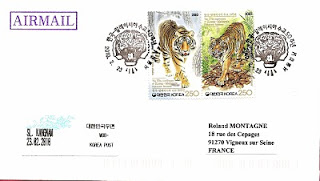 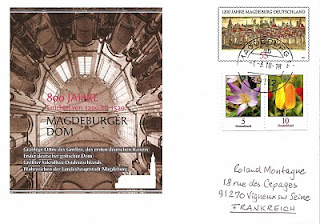 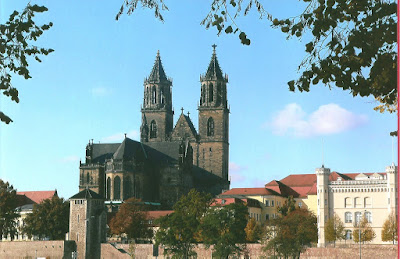 That enveloppe celebrates 800th anniversary of Magdeburg Cathedrale.
Erwin sent a photo he made of it 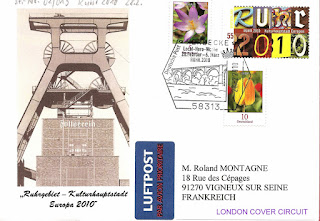 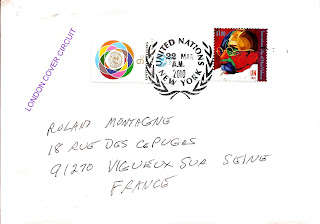 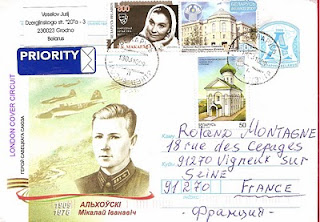 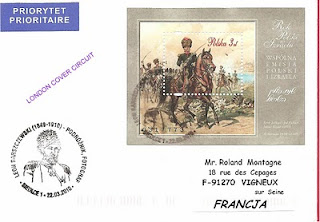 comments from Roman
the postmark: Leon Barcszczewski (1849-1910) - the traveler, photographer - centenary of his death
the stamp : joint issue Poland - Israel - Mr Berek Joselewich, citizen of Poland, nationality - Jewish, the commander of underground army Jewish unit. He was shut in the battle with Austrian army in 1809 during the war of independance of Poland (since 1795 Poland was divided by Russia, Prussia and Austria)
Publié par LCC à 20:46 Aucun commentaire: 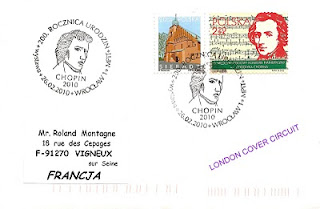 comments written by Roman
the postmark : Chopin 2010 - exhibition 200th anniversary of birthday
the stamps : the XV International Piano Contest 2005 / Karol Szymanowski
explanation : the year 2010 is called "The Chopin Year", because of the bicentenary of his birthday
Publié par LCC à 19:46 Aucun commentaire: 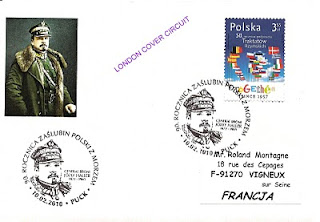 comments written by Roman
GENERAL JOSEF HALLER (1873-1960)
The commander of Polish units during WW I. At the end of war, moved to France, nominated the commander of Polish army in France (so called "the Blue Army" because of colour of uniforms).
This army took part in battles in Vosges and region of Champagne .
It was about 100 000 soldiers of Polish origine (from Poland, USA, Brazil; and the prison of war from Austrian and German armies)
It was completly equiped by France.
After war, the army was evacuated tp Poland, up to end of June 1919, took part in Polish/Ukrainian war 1919.
General Haller went to Pomerania, where German army was withdrawn.
On february 10, 1920, in Puck, general Haller - in the name of Poland, wedded the Baltic sea, and threw his golden ring into the water of Puck Bay.
And the postmark tells about this event.
General Haller was in opposition to Marshall Pilsudski, so soon he finished his military career.
During WW II, after defeat of Polish army, he moved to France. After defeat of France, he moved to USA.
At last, after WW II, he lived and died in Great Britain, in 1960.
Publié par LCC à 19:29 Aucun commentaire: 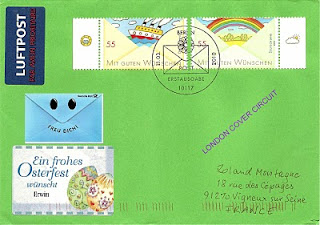 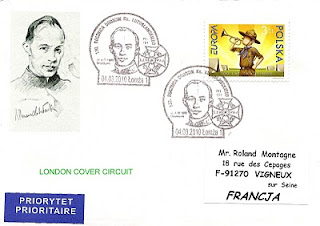 Roman sent above explanation about his cover
stamp : The Europa issue - scounting
postmark : 130th anniversary of birthday of the Rev. Lutovslawski
explanation:
Kazimierz Lutoslawski was born on march 4, 1880 in Drozdowo. In 1903, finished medical studies and began his job.
After 3 years of theological studies, in 1912 he became the catholic priest.
During WW I, he was the chaplain of Polish military units. He was also the very active politician.
Died on january 5, 1924 because of scarlet fever.
During his staying in UK in 1904, he got to know gen. Baden-Powel. In 1906, he formed the first children patrol like scout's English patrols. He cooperated with Andrzej and Olga Malkowski, who are known as founders of scouting in Poland.
Wrote several books on scounting.
He is the author of Polish Scout's Cross (shown on the postmark)
Publié par LCC à 20:49 Aucun commentaire: 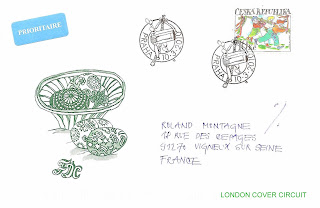 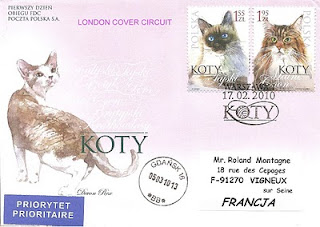 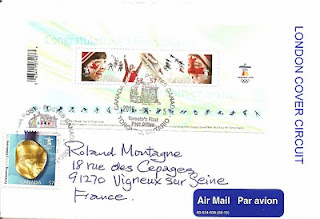 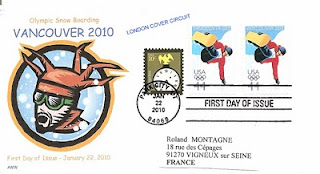 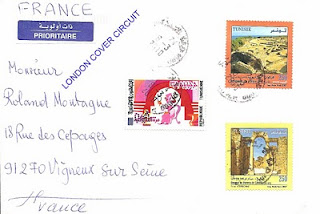 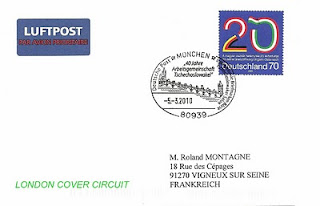 Leonhard used for his cover German item from a joint issue with Austria & Hungary celebrating 20 years anniversary of the opening of borders between Austria and Hungary
Publié par LCC à 19:10 Aucun commentaire: 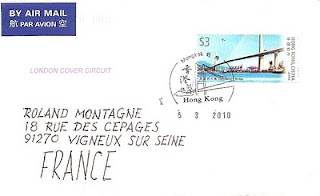 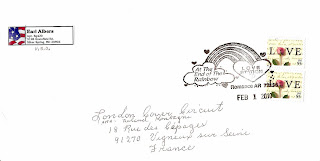 sent by S. Wahid A. Shah 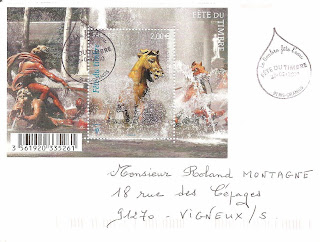 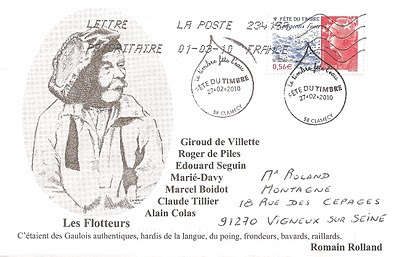 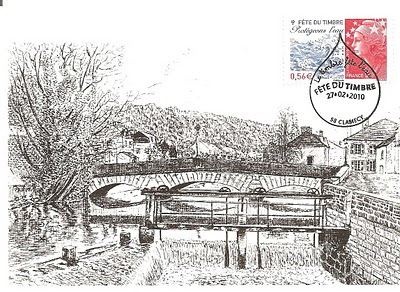 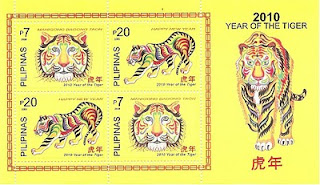 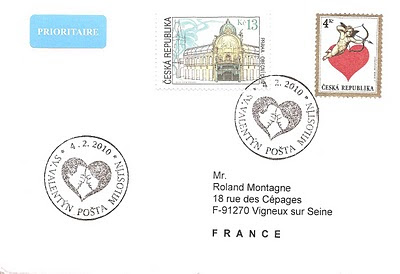 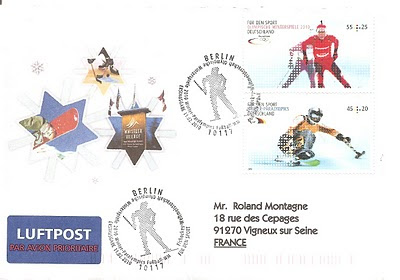